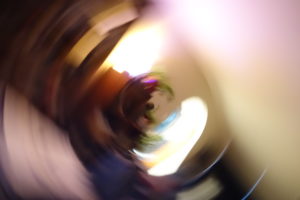 If you saw a line of ten people on the street, you would not be able to tell which, if any had PTSD. It is invisible, and insidious.

It does not hit and then go away, it is there 24 hours a day.

It can be caused by war trauma, sexual harassment, sexual assault, bullying, and physical abuse.

It places a person into heightened anxiety 24 hours a day. You know that level of anxiety when you are worried something is about to go horribly wrong, or when your mother has just been diagnosed with cancer and you feel sick to your stomach with fear? That’s it. That’s what a person with PTSD feels … ALL the time!!

It can lead to suicide. And that is understandable given the on-going nature of that intense anxiety and fear. Many get to the point where they can barely cope, and are having suicidal thoughts. Hopefully they have the support of family and friends who can be there for them and keep them going. If not … then there are funeral costs, grief, accusations, civil law suits, media coverage, and exposure.

People who support someone with PTSD can develop secondary PTSD, and so even the carers must be vigilant in their own self care.

Working in an environment in which one has been bullied, assaulted, and has to continue to work in that environment, whilst suffering from PTSD? It should be unheard of, and yet not all employers understand the severity of PTSD. At the thought of going to work, of facing the person who has harassed and assaulted the sufferer, they can begin shaking from head to toe, their anxiety levels are off the chart, and the thought of leaving the house is so utterly terrifying that they cannot move. This is the reality. PTSD is not limited to war zones, and it needs to be taken very seriously! It is happening in our workplaces!

What I would like to see is all employers educated on PTSD, on anxiety, and on the severity of consequences of bullying, sexual harassment, indecent assault, amongst staff. It should be squashed the moment it rears it’s head. And there should be consequences.

Here is a company which handled it right! A dry cleaning company (I cannot reveal which one) had a staff member complain about sexual harassment, and so they questioned other staff and found it was widespread from a particular male employee. He was questioned, admitted it, thought it was funny, and was fired on the spot! That is how sexual harassment, indeed harassment of any kind, should be dealt with.

Why is it so import to deal with it so strongly? Because on-going harassment can lead to severe anxiety, and on to PTSD, which takes many many months, if not years, and thousands of dollars worth of treatment in order to heal. Does one ever heal fully? We hope so. But they need support, patience, and a place where they feel safe.

PTSD caused by suffering in the workplace, unsafe workplaces, can so easily be avoided. If a staff member were to explain that they are being harassed, it would be vital that they be listened to, that the matter be taken seriously, and not discarded as ‘just a bit of fun’ or ‘he is like that with every one’ or ‘just ignore it’ …. I offer this to you: what if it was your daughter being sexually harassed? What if she was now in a state of heightened anxiety, not eating, losing weight, not able to communicate well, and then developed PTSD … how would you feel? I had this conversation with my daughter (who is in her twenties) and told her that sexual harassment is in no way acceptable and that if it ever happened she was to report it immediately. She told me she would tell him off loudly, in front of everyone! I was proud that she knew to stand up and not tolerate it. (I love her feistiness!!) I personally, would stand up, lodge a formal complain, and if he so much as touched me I would ‘deck him’ (and after many years of martial arts training it would be a natural response to any unwanted physical contact, and his broken fingers would be a part of that ‘automatic response’.). But some women are peacemakers, they try to always keep the peace, handle it quietly, not make waves … and this can be to their severe detriment.

The diagnosis of PTSD is made by a psychologist, and quite frankly, that diagnosis should be enough for any employer to stand up and ask “What the hell have we done wrong in order to have a staff member now diagnosed with PTSD due to harassment from a fellow staff member? How can this have happened under our own roof?” And that should be followed by “This is not acceptable!” And that should be followed by “What do we need to do to help this person?” Followed by firing the harasser, or at least keeping them away from the victim. It is very simple to resolve the situation when the employer takes seriously their obligation to ‘provide a safe working environment’—which is the most basic responsibility of every employer, and is a very simple obligation to fulfil.

PTSD is a very serious diagnosis. But because it is not an obvious outward injury it is sometimes ignored. An employer, or family member, may decide ‘well they look okay and sound okay, so they must be okay’. The opposite is true. And if you watch their behaviour, listen to their words, watch the way they move, notice that their communication (in all areas) has changed, is less wordy and less often … you will see that the signals are all there that something has changed that something is not quite right. Yes, for an employer this asks you to step up and do your job, and take your responsibility seriously. And you may already have enough work to do to fill your day … but if that person is driven to the edge (which can often happen with cold and brutal company emails saying they take no responsibility, of suggesting they resign and leave—in other words, please just go away and take your problem with you) and they do commit suicide … you are partly responsible for that. You, in your failure to take responsibility for what happened under your roof are responsible. Perhaps you cannot be legally called on it (or maybe you can though civil law suit) but, on a universal and karmic scale … you will be accountable. If anyone ever thinks that the universe does not balance the scales, I invite you to be very observant for the rest of your life, for you will experience it and witness it. I have seen this time and time again with many people I have watched. No one gets off ‘scott free’ …. No one.

PTSD. Severe anxiety. Feeling sick to your stomach all day every day. This is not something I would wish up on my worst enemy. And even if I do not know what a person is going through, I will always treat them with kindness, and integrity, because I know that the smallest act of kindness and compassion can change a person’s day.

We are a global community, and we are supposed to take care of each other. It’s not that hard.

Seriously … it’s not that hard.

PTSD, it is not just from wars and disasters. And it needs to be treated with serious attention.

If you know of anyone with PTSD, please research PTSD, and then ask them ‘What can I do to help you?

As I said …. We are a global community, and we are supposed to take care of each other.